Something about summertime makes people want to get out of the house and go on a road trip. Your car is begging you to fill up with fuel and find an adventure, but what sort of adventure can you share with your car?

Enter the drive-in. Whether you are driving in for a meal or a movie, we’ve got you covered like it’s 1957 and you’ve been wearing your bobby socks, baby.

Drive in for Entertainment

Go all out – lace up your saddle shoes and roll up the cuffs of your jeans, don your poodle skirt or slide into that bad-boy leather jacket. No matter what you wear, you can catch a good flick or two for a great price when you head to the drive-in movies.

The Facebook page for Starlite Drive-In is run by their Facebook fans. Starlite started entertaining car loads of movie fans in Christiansburg, Virginia in 1953.

You’ll have a chance at two showings on weekend nights unless it’s a double feature night. On those nights, you can catch two flicks for the price of one. You can also reminisce with the classics on Flashback Thursdays.

Bring your lawn chairs and blankets in case you’d like to enjoy the night outside your Honda. You’ll feel like you stepped back in time while enjoying a movie under the stars. Fans of the Starlite Drive-In also say they have the best hot dogs in the world, so make sure you try one while you’re there.

This site once held a drive-in, but those screens went dark about three decades ago. Since 2000, an all-new complex stands on top of those memories and includes an 18-hole putt-putt course, an ice cream parlor, and much more.

From April through October, up to 240 cars can enjoy summer blockbuster movies each weekend. The ice cream parlor will serve you shakes, sundaes, and banana splits from their 32 flavors of Hershey’s Ice Cream.

There’s enough room for family fun and theme nights all throughout the season. Don’t miss out on a fun night with the family under the stars playing games and satisfying your sweet tooth!

The Goochland Drive-In Theater opened in August 2009 and was one of the rare new drive-ins in America, as most are well over 50 years old. Like most drive-in theaters, the typical season runs March through November. Goochland is open weekends with a few random weeknight shows during the summer when schools are out.

“Every weekend is different, but there is typically strong attendance,” the staff at Goochland said. “We have various theme nights, including the 70s, 80s, Parents Night Out, Retro Christmas Movie Weekend, and others.”

It was then a group of local enthusiasts came together to create the Hull’s Angels. They worked together to research, create a nonprofit, raise money, buy, and run the drive-in theater to keep it running with the same local heart.

Now, Hull’s Drive-In is the first nonprofit, community-owned drive-in theater. You can get involved by donating and volunteering, or by purchasing merchandise online or when you visit. However, when you stop in to catch a double feature, don’t forget to split a burger or a cheesesteak sub and finish your meal off with a delicious funnel cake.

At 61 years old, the Family Drive-In Theater is still acting like a teenager. As the only drive-in theater in the D.C. Metro area, it brings in people from the city and the surrounding areas and can accommodate up to 484 cars. With both classic speakers and FM stereo connections, you won’t be disappointed with the quality of your movie’s sound. Your family can catch a double feature of newly released movies, play on the playground, and even bring your furry family members to play along.

The Family Drive-In is open March through November. In the spring (March-May) and the fall (September-November) movies are only shown on weekend nights. Throughout the summer months, you can catch movies seven nights a week. There are many special events throughout the season and you can find them on the Family Drive-In Facebook page.

One upcoming event is the the Dusk ‘til Dawn Labor Day weekend movies. Friday, Saturday, and Sunday nights you can catch the best movies of the summer on both screens. Screen one will feature movies for younger audiences, while screen two will show adult-centered flicks. Movies will be announced in August, so keep your eyes peeled if you’re interested in the most popular event of the season at the Family Drive-In.

Central Drive-In is the oldest continually operating drive-in theater in the state of Virginia. Ticket prices are $8 for adults 12 and older, children 5 to 11 are $4, and children 4 and under are free. You can choose to watch both offerings or just one movie for this one low price.

Located in the Appalachian Mountains, the scenery around the theater is jaw dropping. If you are already planning a trip through the mountains, a stop at the drive-in will be a wonderful addition to your journey.

While you’re there, stop in at the concession stand for a snack. Reviews on Facebook and TripAdvisor suggest trying the corn nuggets and fried apple sticks. You can also find highly-rated reviews suggesting you try the hamburger. Either way, dinner and a show under the stars always makes for good entertainment.

Drive in for Food

If catching a flick isn’t what you and your car are into this summer, you can still step back in time and enjoy a treat at one of Virginia’s favorite drive-in restaurants.

One historic drive-in to visit this summer is Doumar’s Cones and Barbecue. They’ve been in business since 1907 and have been located on Monticello Avenue since 1934. They’ve delighted diners with their North Carolina-style, vinegar-based pork barbecue since the beginning.

Not only do they kick out creamy shakes and ice cream sundaes to complement the barbecue, the founder, Abe Doumar, sold the world’s first waffle cone in 1905. In fact, they are still making the waffle cones the same way Abe did, by hand with a four-iron waffle maker.

What if you’re not craving the sweet ice cream cones or the savory barbecue? Have no fear, Doumar’s is also famous for their limeades.

Founded in 1952 as small frozen custard store, Wright’s Dairy-Rite was founded by Forester and Alka Wright. By the mid-50s, Wright’s began to expand their menu and before 1960, had become a full-fledged drive-in restaurant. Wright’s serves homemade options including onion rings, hand-patted burgers, foot-long hot dogs, sundaes, and malts.

Still family owned and operated by Mr. Wright’s family, a dining room was added in 1990 where visitors can dine in the atmosphere of a past generation. Telephones at the dining tables and speakers in the outdoor stalls where you park your car provide quick and easy ordering for customers at Wright’s.

For decades, the young and old alike have flocked to Wright’s Dairy-Rite for delicious food and cold treats delivered to their car window or table.

What are you waiting for?

You love driving your car, right? Whether the answer is yes or no, we are ready to help you fix whatever is keeping you home this summer.

Let us give your car a tune-up and make sure you’re going to get where you want to be. You can schedule online or give us a call at 877.604.6196. In the meantime, check out some of the best restaurants in the area. 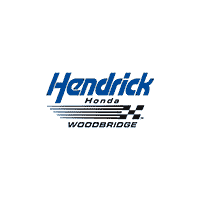